Members are akin to shareholders and are responsible for appointing and removing trustees. They attend an AGM to review the Trust’s performance. 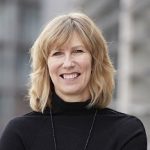 Liz became Vice Chancellor and Chief Executive at Staffordshire University in April 2016. Her career has been built around leading learning and teaching and the student experience, with a passion for creative and innovative approaches to enhance the student journey and their achievements. Staffordshire University is implementing a major project around the digital journey and digital U maximising the contribution digital technologies can make to University life. Liz has just been invited to join the JISC Board. Previously Liz was Deputy Vice Chancellor at Sheffield Hallam University and Derby University after a long career at Teesside University.

With a commitment to education and young people she is a member of three Multi-academy Trusts and is Chair of Safe and Sound. She is a graduate of Chester University and Sheffield University.

Mick was born and raised in Ashbourne, attending Queen Elizabeth’s Grammar School between 1962 and 1969 before moving on to Loughborough college and university.  Mick spent his working life in education, both secondary and junior.  The last 23 years of his career were spent teaching children with special needs in many Derbyshire Dales schools in both a teaching and advisory role.  Mick has been an assistant Old Trust Governor of Queen Elizabeth’s since 2005, serving as a Governor for the school as well as a Trustee for QEGSMAT.  Mick is a life member of ARUFC (Ashbourne Rugby Union Football Club) and long serving member of ARSFC (Ashbourne Royal Shrovetide Football Committee).  Mick hopes to bring his experience and commitment to serve as a Member of QEGSMAT. 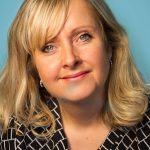