The Board of Trustees is the chief decision making body for the QEGSMAT. 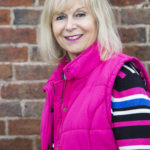 Sue is an experienced Additional Inspector and an independent educational consultant as well an experienced infant teacher, her specialist area being Primary Education including the Early Years Foundation Stage. Sue taught for twenty-seven years, in infant and primary schools, including almost seven years as a headteacher.

Sue’s inspection experience is extensive and varied having participated in more than 400 inspections over 19 years.  Sue has reported on all subjects and areas covered in the different Ofsted frameworks.

Sue has worked in schools abroad including New York and Dubai, focusing on EYFS and KS1 and still works for several local schools helping them with self evaluation activities and preparing for inspection. 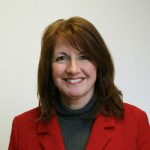 Anne was appointed as Headteacher at Queen Elizabeth’s Grammar School (QEGS), Ashbourne in September 2012 having been a Headteacher in Stoke-on-Trent.  QEGS achieved Outstanding for Leadership & Management in an Ofsted inspection in November 2014 and she became a National Leader of Education (NLE) in 2015. Anne served as a member of the Derby Diocesan Academy Trust until 2022 and continues to work in partnership with several schools and academies. In early 2016, she became the Executive Headteacher/CEO of QEGSMAT – something of which she is very proud.  School to school support, focused on delivering school improvement, is now a significant part of her role – supporting other Headteachers and schools in the locality – including Derbyshire, Derby City and Staffordshire.

Anne was elected to serve on the East Midlands and Humber Headteacher Board from the 1st of November 2017 until August 2022.  She is a National Coach for Women into Leadership and more recently  was awarded a Fellowship from the Chartered College of Teaching.

Anne firmly believes that young people have just one chance in education – we must do everything we can to make sure that it is the very best it can be.  Being an NLE, coach, adviser and CEO of a multi-academy trust means that, as a profession, we can continue to learn from each other and offer support to raise the standards of education for all young people in our local region.  Supporting other local schools is such an incredibly rewarding experience.  The quality of leadership has been enriched, local staff have been provided with the opportunities to develop in their schools and we have been able to attract the very best staff to teach our young people.

Hereward has previously chaired both the Achievement & Standards and Resources Committees and has been a Governor at Queen Elizabeth’s Grammar School for over 10 years. His qualifications include Bachelor of Laws, Barrister and Chartered Accountant. Hereward’s extensive commercial experience as a finance director helps him to identify and focus on the key factors essential to make progress in achieving an organisation’s objectives, and gives him some insight into the difficulties encountered in complex management structures such as schools. His financial management experience is very useful to the Trust in the current financial climate. He has also overseen the IT and HR functions in organisations, and is accustomed to the management and use of critical secure data in accounting, CRM and ERM systems. Overall his broad experience helps him to understand the importance of factors beyond academic grades in getting employment, developing a career and making a success of life. 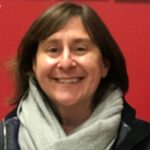 Sara is a serving Headteacher of a large Special School in Derbyshire. She has over 25 years of experience in this sector of education with over 15 years of this in Senior Leadership roles. Sara achieved an outstanding grade for Leadership & Management in the school’s most recent Ofsted inspection.

Sara first became involved with QEGSMAT in November 2018 when she took on the role of Chair of Governors for City of Derby Academy.  Sara feels that this experience – providing leadership to the governing body and ensuring that all involved fulfilled their functions for the proper governance of the school will be valuable in the role of Trustee.

Sara also firmly believes that her leadership experience in consistently striving for and ensuring outstanding outcomes for young people with a wide range of starting points will be of benefit to the Trust. 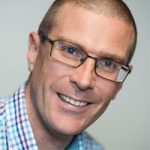 A graduate of Lancaster University, Simon has a degree in Politics and International Relations and has worked in Human Resources for 21 years, 18 of which in leadership and management roles around the world, including 8 months in Paris and 2 years in Zurich. He has always worked in large blue chip multinational companies including Peugeot and ALSTOM, joining Rolls-Royce PLC in Derby in 2010 and moving to the Ashbourne area in that same year. He has 4 years of experience as a Trustee Director of the current Rolls-Royce pension scheme.

Providing opportunities for young people and watching them grow has always been a major part of Simon’s work, from recruitment and development, running Graduate Training schemes and kick starting apprenticeship schemes, it has been a constant theme and focus, including a period as Regional Chair of the Engineering Construction Industry Training Board for the East Midlands.

Simon is keen to give more back to society, particularly to assist with providing opportunities for others.   He joined Derby College Board in 2016. He is passionate about the development of young people and brings this to his role of Trustee for QEGSMAT. 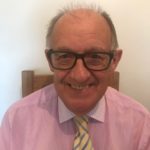 Phil is a Chartered Accountant and a business advisor working with a wide range of companies.   He specialises in finance and corporate governance and works with a group of colleagues with diverse skills in order to provide a complete service to clients.   In this role he is a Director of UK Business Advisors Limited and Chair of Midland Group Business Advisors.

His passion is to help young people develop their skills so they are prepared for a life in their chosen career.   To support this aim he is a member of the North Derbyshire Area Board of Young Enterprise. 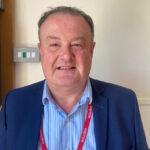 Tim is an experienced commercial specialist, having held senior roles in the NHS, Ministry of Defence, Department for Education and the Cabinet Office. His qualifications include an MBA from the University of Nottingham and he is a member of The Chartered Institute of Purchasing and Supply having qualified at what is now the University of Derby.

Tim has used his commercial skills to help set the strategic direction of the organisations he has worked for both in the public and private sector. In addition he is also interested in building conservation and has previously sat as a volunteer for the Arkwright Society on the committee set up to oversee the restoration of historic buildings in Derbyshire.

Tim has become more interested in education as his career has progressed and this was further stimulated when he worked at the University of Derby, followed by the Department for Education; he is keen to contribute to the education system particularly in the development of young people and the improvement of their prospects. 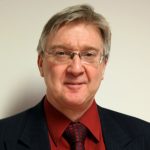 Keith was a Foundation Governor of the Old Trust at Queen Elizabeth’s Grammar School serving as Chair of the Achievement and Standards Committee for 2 of those years. Before retiring in 2009, he was a teacher at QEGS joining the school in 1978 and was Head of Maths for 18 years. Keith’s daughter and step children all attended the school before continuing their education at University and are now successfully pursuing their chosen careers. Before her retirement in 2016, Keith’s wife also taught at the school.

Keith is also active in the local community, living in Ashbourne and being an Executive Officer of Clifton Cricket Club which has a large and successful Junior Section. He maintains a keen interest in education and is pleased to be bringing his long experience to the role of Trustee.

More about the Board of Trustees

The Board has overall responsibility and accountability to the Department for Education (DfE) for the performance of the Trust, including: educational results; attendance; exclusions; admissions; staffing; finance; premises; curriculum; well-being and safeguarding; and reporting requirements to the DfE, the Education Funding Agency (EFA) and the Office for Standards in Education, Children’s Services and Skills (Ofsted).

The Trustees, as a Board, meet quarterly. They also meet to consider Nominations and Remunerations, and Risk (including health and safety). The Board has clear terms of reference and minutes are kept for all meetings.

Under Terms of Reference the Trust Board delegates a number of key powers to the Local Governors and the Headteachers whom essentially run the academies on a day-to-day basis. Provided Local Governors spend within their agreed budget, comply with Trust policies covering finance, human resources (HR), estates management and health and safety, and deliver at least good student/pupil outcomes supported by good or better Ofsted judgements, these delegated powers remain in place. If any of these conditions are breached, the Trust reserves the power to intervene and if necessary amend temporarily the scheme of delegation for that academy.

Operating between the Trust Board and Local Governors are two advisory ‘groups: the Executive Board committee chaired by the Chief Executive/Executive Headteacher; and the Chairs Forum chaired by the Chair of Trust Board. The former committee meets half termly whilst the latter meets termly. These two groups ensure that communication between the Trust Board and both Local Governors and academies supports and informs decision-making.